I am in shock of the mass killing that just happened in Las Vegas as much as everybody else. I can’t comprehend (nor want to) how someone can do such a heinous act. All I can think about is the devil having so much influence over this whole thing. Truly nothing but pure wickedness behind it all for it to be so premeditated, thought out and planned. And then for the man not to come back to himself after he started shooting and just to continue shooting until somebody stopped it.

A prominent person of faith said it was God’s judgement. Apparently they don’t know God’s character otherwise they wouldn’t have said or even thought that. First of all, I have never read in God’s word of Him using a non-believer to carry out judgement on people. Yes, His judgement has happened a few times in history, but He never just pulled someone off the street, gave them an elaborate plan, and somehow controlled them to do a mass killing. Ever!

When Pharaoh’s army was drowned in the sea, God did that though His unmatchable power. When the Passover took place it was God’s Angel, not a person. When 23,000 Israelites died in one day it wasn’t an individual with mass weapons having a bad day, God opened the Earth and they were consumed into the ground. God’s judgement just doesn’t come and destroy innocent people for no reason. Those mentioned above blatantly defied God and His people. He carried out the judgement, not some demon possessed suicidal sniper.

When God’s judgement went over Sodom and Gomorrah because they were living in wickedness and there was not a righteous one there, he used fire and brimstone falling from the sky. When God’s judgement went over all the wickedness that was over the Earth He flooded the Earth. Yes, there were some individuals in the Bible that carried out judgement, but they were empowered and ordained by God, not someone that just lost it and went out of control. Elijah slew 450 prophets of Jezebel because of God’s judgement over them. He was empowered by God and these weren’t innocent people, but ones that defied God and killed God’s prophets by direct orders from Jezebel.

If Las Vegas was God’s judgement, He wouldn’t have killed innocent people randomly without a cause. He wouldn’t have used someone that wasn’t a follower of Him and just had them do it for no reason. In my eyes and spirit, there can be no other explanation than demon possession. This guy was controlled by evil forces. Demon possession isn’t some fairy tale but true. Jesus spent a lot of time casting out demons, and I have seen many things with my own eyes.

We’ll never know why this happened, but I can say by what I know of God’s character that it wasn’t His judgement. If it was, there wouldn’t be so much unknown about it. Instead, we would have seen some kind of supernatural power behind it that man couldn’t replicate. God’s judgement isn’t going to be done by someone with no power of their own and demon possessed.

I cried and am still shaken to the core with what happened in Vegas. We as a country keep pushing God away and are allowing such wickedness to come in and take over. We as Christians need to say “enough is enough” and quit being so passive and pray fervently in the power of the Holy Ghost to dispel the devil and his demon army. His agenda is three fold: steal, kill, and destroy. Ours is to pray in the authority of Jesus Christ and cover this country, our children, our leaders, our social activities, our schools, our law enforcement, first responders… with fervent prayer!!! 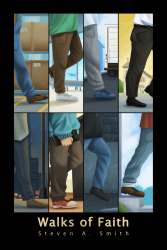 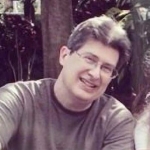 This is David who wrote this. He had more than a lot to fear in his life, but knew the power of worship and the power in the name of the Lord. He didn't just say this passage in scripture to make him feel good, to build himself up with a motivational pep talk, but because he lived and believed it. He knew where his strength came from and that he was in His care.
#LeviTheDobie putting the happy in Happy New Years.